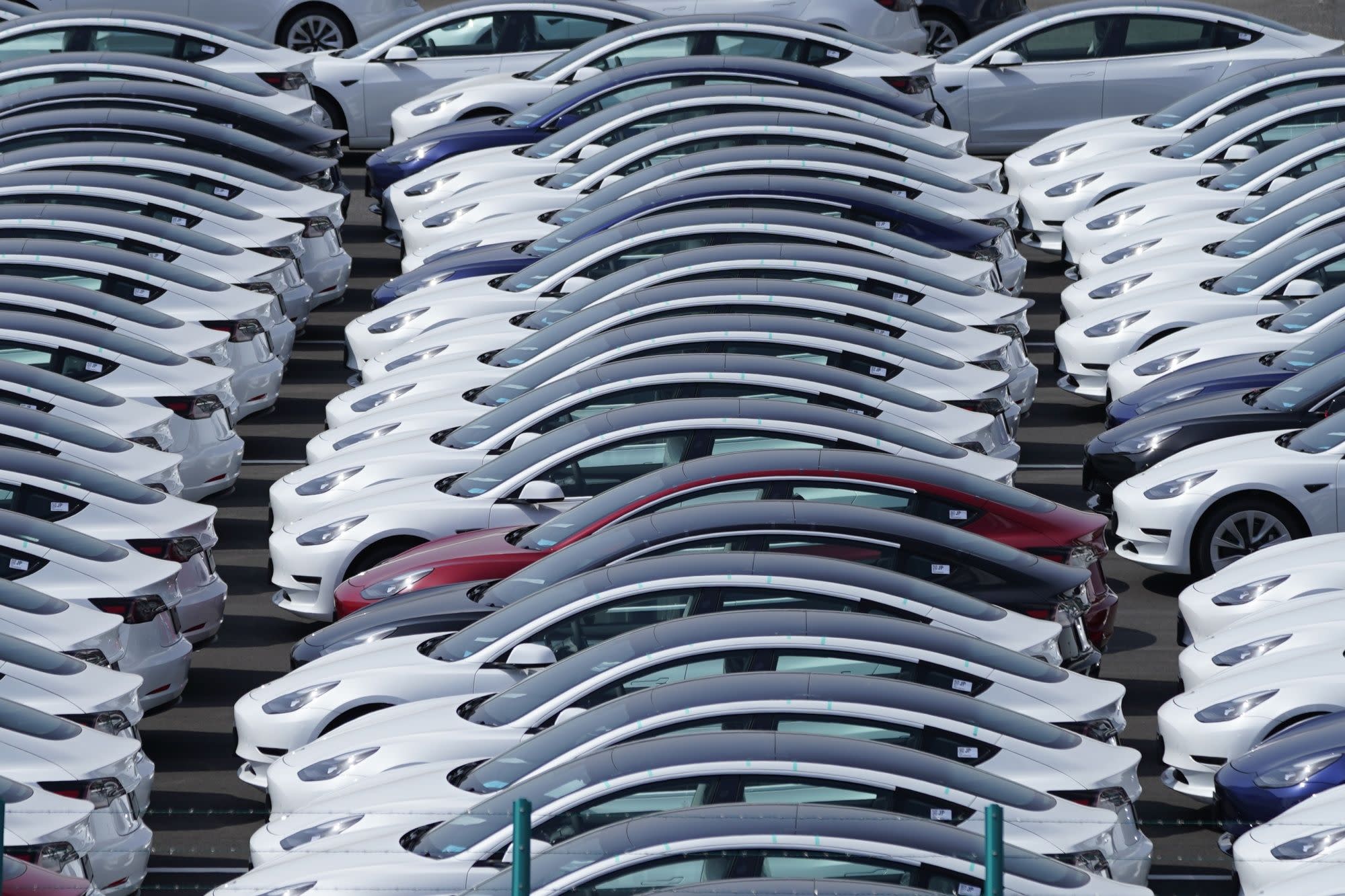 (Bloomberg) — Tesla Inc. shares slumped in early trading as fresh signs of trouble emerged for its China business while Elon Musk polled Twitter followers on whether the carmaker should accept Dogecoin.

China’s Passenger Car Association said Tuesday that Tesla sold 25,845 locally made vehicles in April, a 27% drop from March. Reuters reported separately that the Model 3 maker decided against acquiring more land next to its Shanghai plant, as U.S.-China trade tensions undercut plans to turn the site into an export hub.

While Musk has been playing damage control during what has been a turbulent few months in China, he’s also been preoccupied with Dogecoin, the cryptocurrency started years ago as a joke that has gained value in part thanks to the billionaire’s attention. The token spiked to about 54 cents from 46 cents after Musk asked his almost 54 million followers whether Tesla should accept it as the company has with Bitcoin.

Shares of Tesla — which recently warned investors the digital assets it’s acquiring could be subject to volatile prices and risk of losses — slumped as much as 4.4% before the start of regular trading.

Tesla’s issues in China started in March when its EVs were prohibited from some military complexes and housing compounds because of concerns about sensitive data being collected by cameras and sensors in its vehicles. Shortly after the ban became public, Musk said during a virtual appearance at a conference in China that the automaker would never use technology in its vehicles for spying and would be closed down if it did.

In April, a highly public protest by a customer during the Shanghai auto show went viral, prompting deeper investigation by a local market regulator and heated criticism of Tesla’s customer service. The company initially played down the incident but quickly struck a more conciliatory tone after criticism mounted.

Reuters said that because 25% tariffs put on electric vehicles under former President Donald Trump are still in place, Tesla now intends to limit China’s portion of its global production, citing unidentified people familiar with the matter. The company had earlier considered expanding China-made Model 3 exports to more markets including the U.S., the news organization said.

Musk, who’s been a vocal supporter of Dogecoin, drew more than 750,000 respondents within 30 minutes to his Twitter poll on whether Tesla should start taking the Shiba Inu-themed token.

The fourth-largest cryptocurrency has been volatile since the CEO appeared on “Saturday Night Live” and called it “a hustle” during one segment. Its market capitalization has fallen from as high as $95 billion to about $67 billion.

For more articles like this, please visit us at bloomberg.com

Subscribe now to stay ahead with the most trusted business news source.